“I see augmented reality leading the way in the store”

Not only do augmented reality (AR) and virtual reality (VR) promise an exhilarating entertainment experience, they are also already practically applied in several industry sectors. What opportunities do they offer retailers and customers? What are the current and future applications and use cases? Dr. Jonathan Harth of the Witten / Herdecke University shares his assessment of these technologies with us.

You are a sociologist who studies Buddhism, among other things. Where does your interest in AR and VR technologies come from? 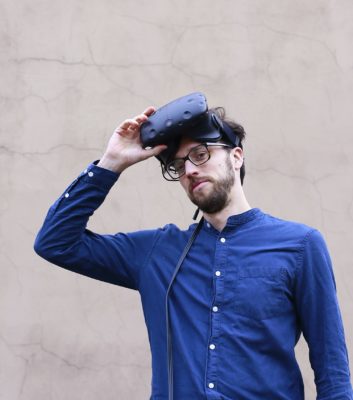 Addressing the question of how computers and digitization affect our society is my favorite subject, which I found out many years ago. VR and AR technologies are among the factors. Over the past years, I have focused my research, publications, and teaching in this area.

Earlier this year, you were even asked to act as an advisor to the Federal Government of Germany.

That’s right, along with other professionals. The Association of German Engineers (VDI) invited researchers and science experts on behalf of the Office of Technology Assessment (Büro für Technikfolgen-Abschätzung)at the German Bundestag. The objective was to assess the measures needed to support the new technologies and analyze the potential risks if they are applied on a larger scale.

What was your advice to the Federal Government?

We proposed that the government should consider ways to promote Germany as a business location, particularly in light of the fact that these technologies are predominantly developed, produced and utilized by American companies.

VR and AR are on everyone’s mind these days but are these types of media actually being used?

Although the hype has died down somewhat and some have come to realize that VR has not caught on as fast as they hoped, there are many companies that already use both VR and AR prototypes. AR, in particular, hints at great potential. Generally speaking, a lot of thought is given to the possibilities of this medium at the moment. Having said that, AR hardware is still not as advanced as VR glasses.

What makes VR experiences so exhilarating?

What makes the VR medium so new and unique is the way it can create a presence, that is to say it gives you the feeling of being in a different place. Even though the user continues to be at home, in the office, or in a public space with his/her real body, his/her sensory and audiovisual systems experience a different location. Since the display makes up the entire field of view and users can move their head and body as they normally do, they forget the real environment and perceive the virtual environment as the one that’s real. Sometimes this goes as far looking down in the simulated environment and seeing a different body. There are no limits to the virtual world except for the limited imagination of the designers.

What are some practical applications and uses for VR?

Apart from entertainment uses, VR is primarily used in training and instruction settings. In the medical realm, VR simulations are designed to help prepare physicians or surgeons for emergencies. By training specific procedures in the virtual environment, specialists can then recall them more readily in an emergency. The military has actually used VR simulations since the 1990s.

Architects benefit from VR because it allows them to virtually review spatial settings using stereoscopic viewing via glasses. How does a ceiling height of four meters compare to three-and-a- half meters? There is no need to imagine it because you can literally experience it with VR. VR is used for industrial manufacturing processes in a similar fashion.

How is VR technology used in retail?

IKEA was quite fast in offering its VR Kitchen Planner. Other furniture stores also allow customers to enter the dimensions of their homes, position the furniture pieces in a virtual replica of their home and subsequently purchase the items. That’s how VR makes shopping at home possible. I think this will have a strong impact.

What if the retailer wants to use VR in the store?

In this case, retailers must create designated in-store areas where customers can use VR without bumping into furniture or disturbing other customers while they shop. Having said that, the technology helps retailers to attract people to the stores thanks to an amazing experience. Ideally, the experience also perfectly matches the theme or product.

What about augmented reality use in retail?

Unlike VR, which is location-based, AR enables mobile use for the user. With AR, the user continues to see the real environment and can use it for orientation.

In fact, that’s why I see AR technology leading the way in the retail business. Today’s augmented reality applications are run with a smartphone or tablet because the matching glasses are not available yet. Customers in the store could see themselves wearing new pants by using their tablet or smartphone.

Is that the future of AR?

No. Tablet-based AR is definitely not the end of the line, but rather a tool that hints at how AR will reshape the future. One of these days, regular eyeglasses might display additional information, hence augmented reality. And unlike VR, the user perceives his environment and his fellow human beings in this setting. This turns a shopping trip with friends or family into an entirely different experience than a quick excursion into virtual reality. If hardware developers successfully develop AR glasses to bring them to the mass consumer market, I predict a greater social impact for this technology.

… the experience is presently clearly the greatest appeal because many people still have not tried this medium yet. It’s always remarkable and fascinating to see the power of virtual reality when someone puts on VR glasses for the first time. Needless to say, this feeling is fleeting as time goes by. However, it can be a very powerful tool for retailers in addressing a specific group or age bracket with a well-made, targeted virtual reality experience that gives customers an added benefit.

Do you use VR yourself?

I definitely use it from time to time, but not nearly as often as I would have thought. It requires more effort than watching a movie, for example, because I have to use my body and I definitely also need the respective space to do it. VR is a truly amazing technology and I am quite certain it won’t go away anytime soon.

Previous Post Cashless fast food restaurant: "Wow Bao" in Chicago
Next Post Only in China? No way! On 11 November we will again celebrate Singles Day! 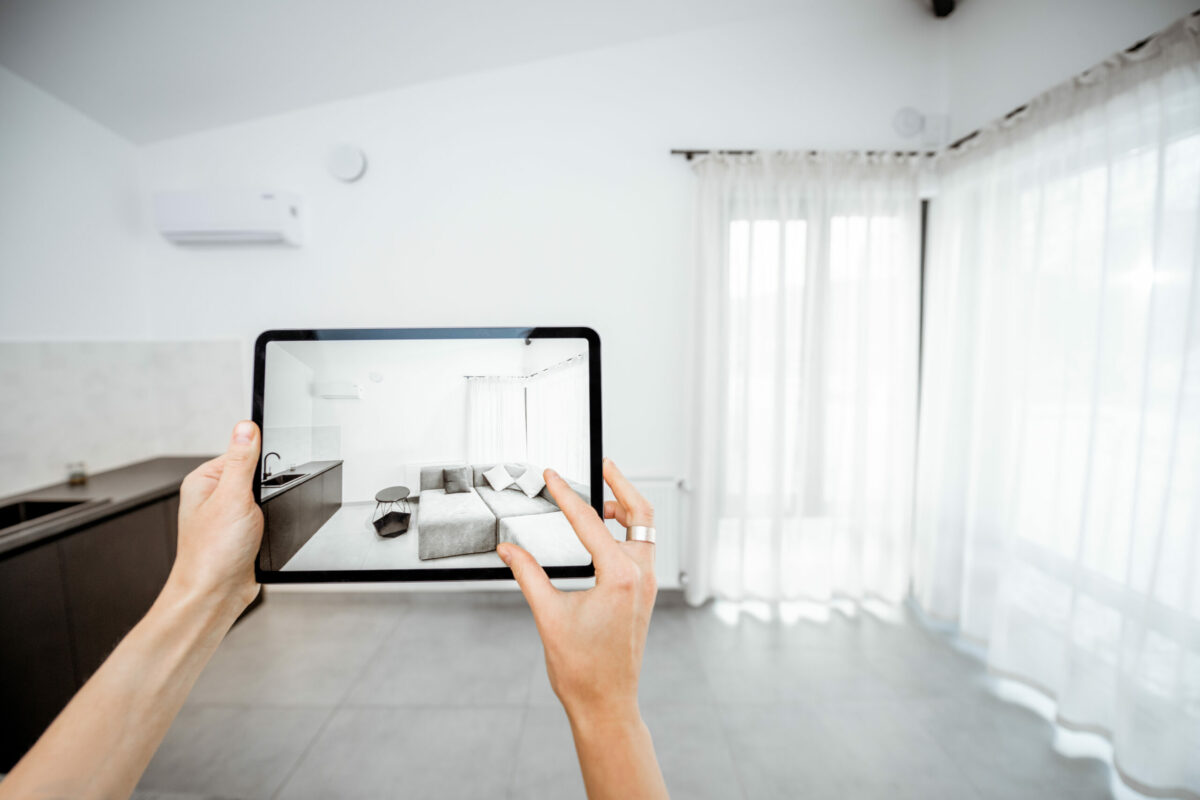 How can AR influence what customers purchase? 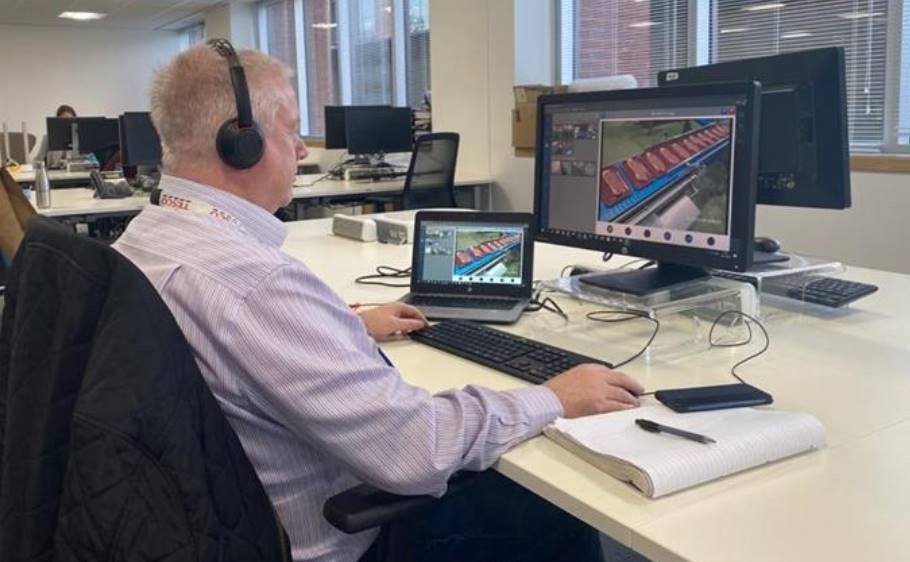 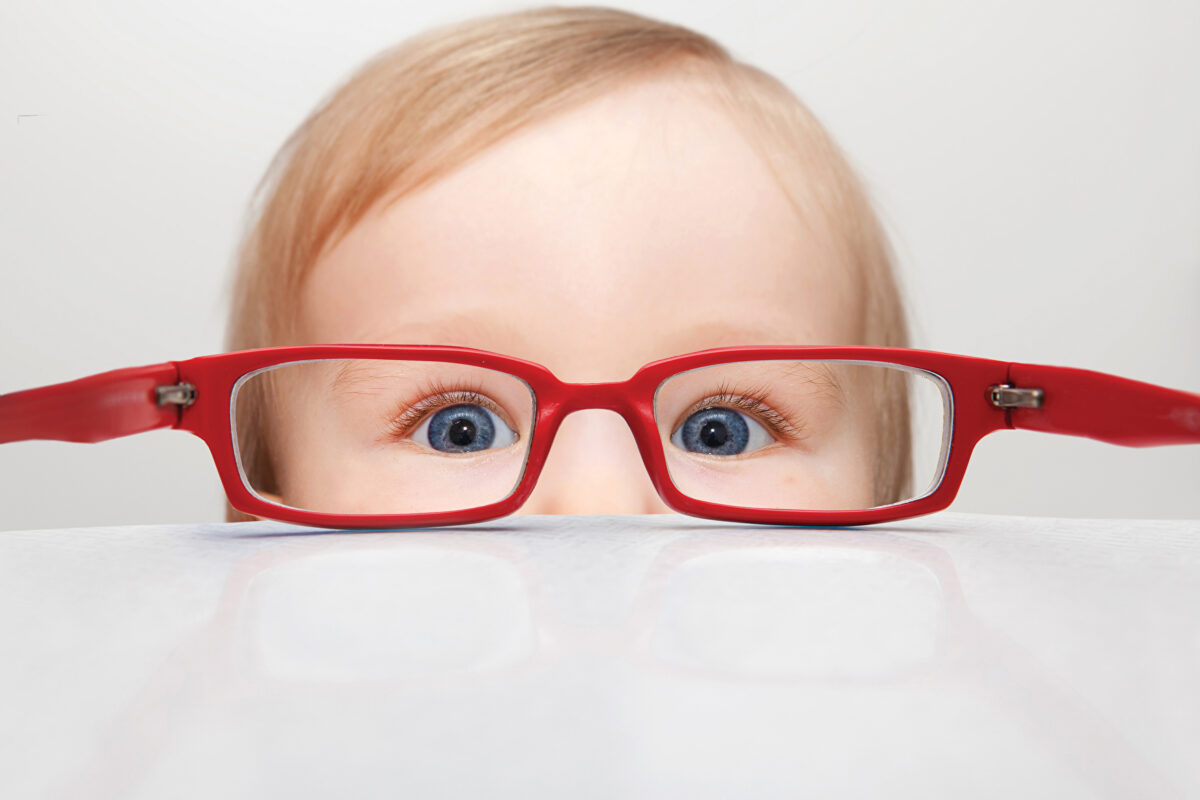 Virtual try-on solutions for eyeglasses thanks to AI 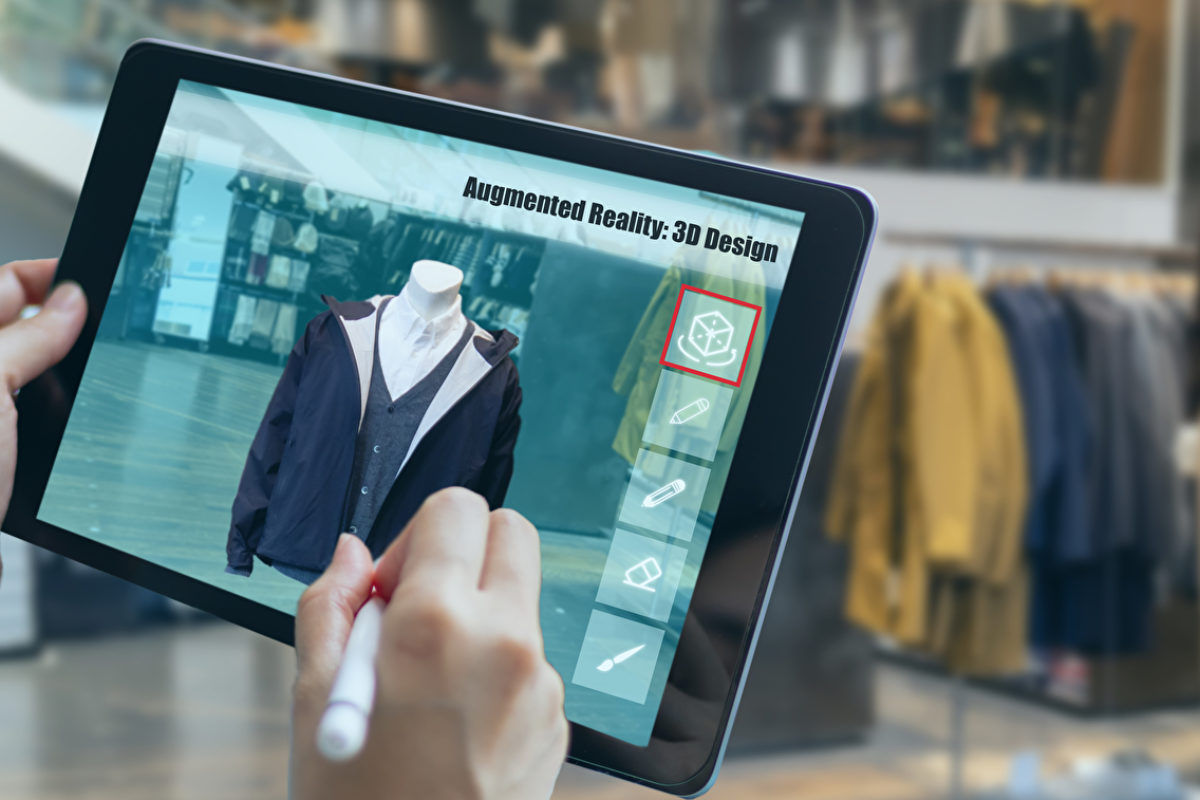 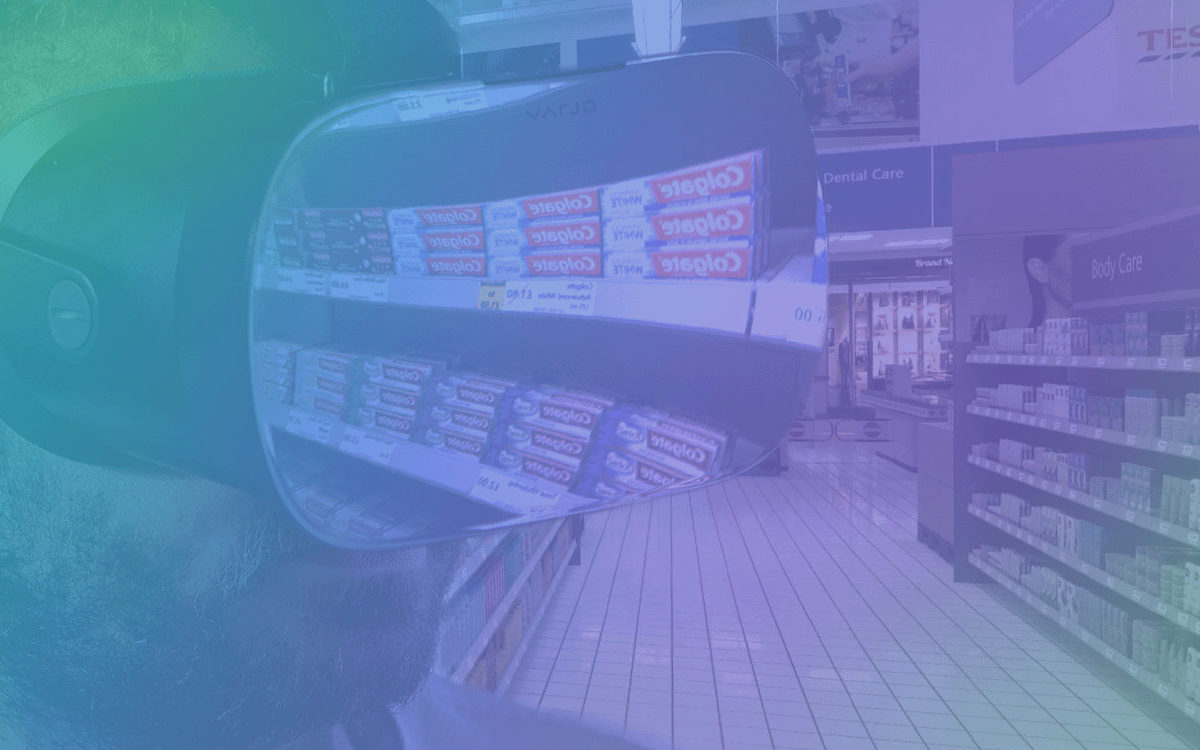 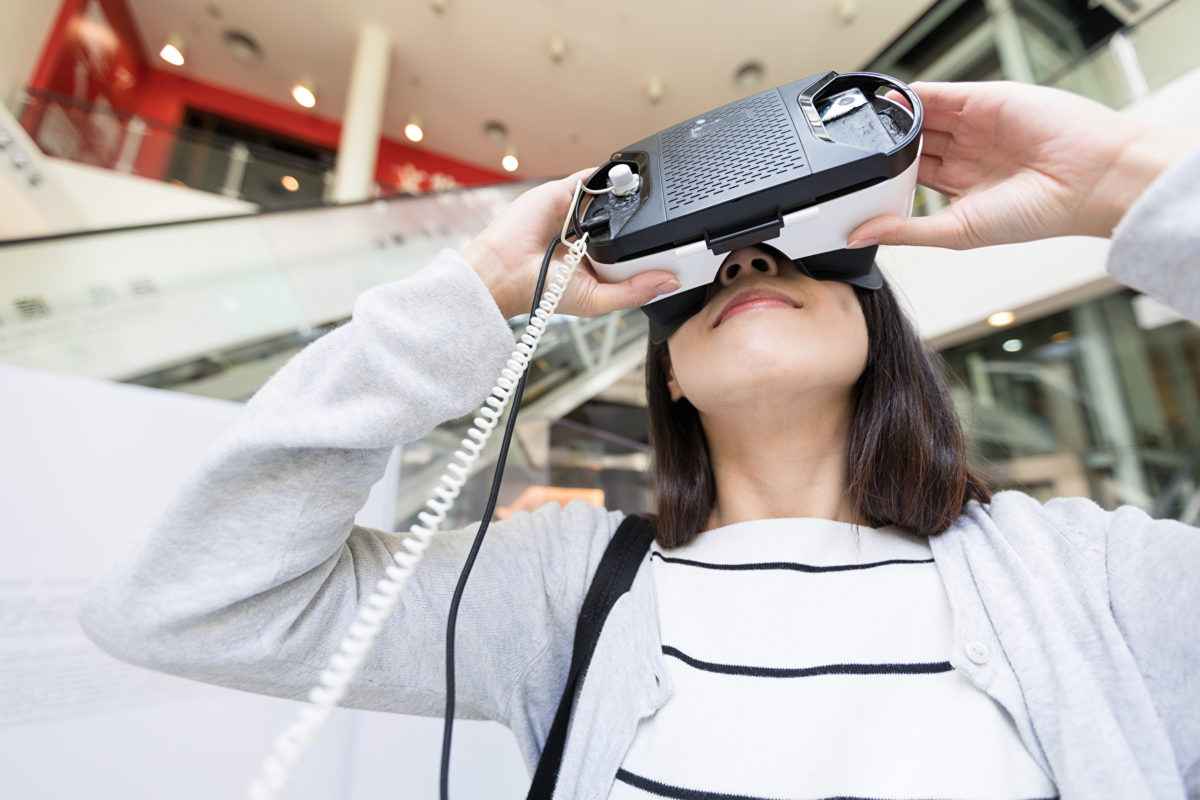 Enhanced, interactive, virtual – It’s all about the experience! 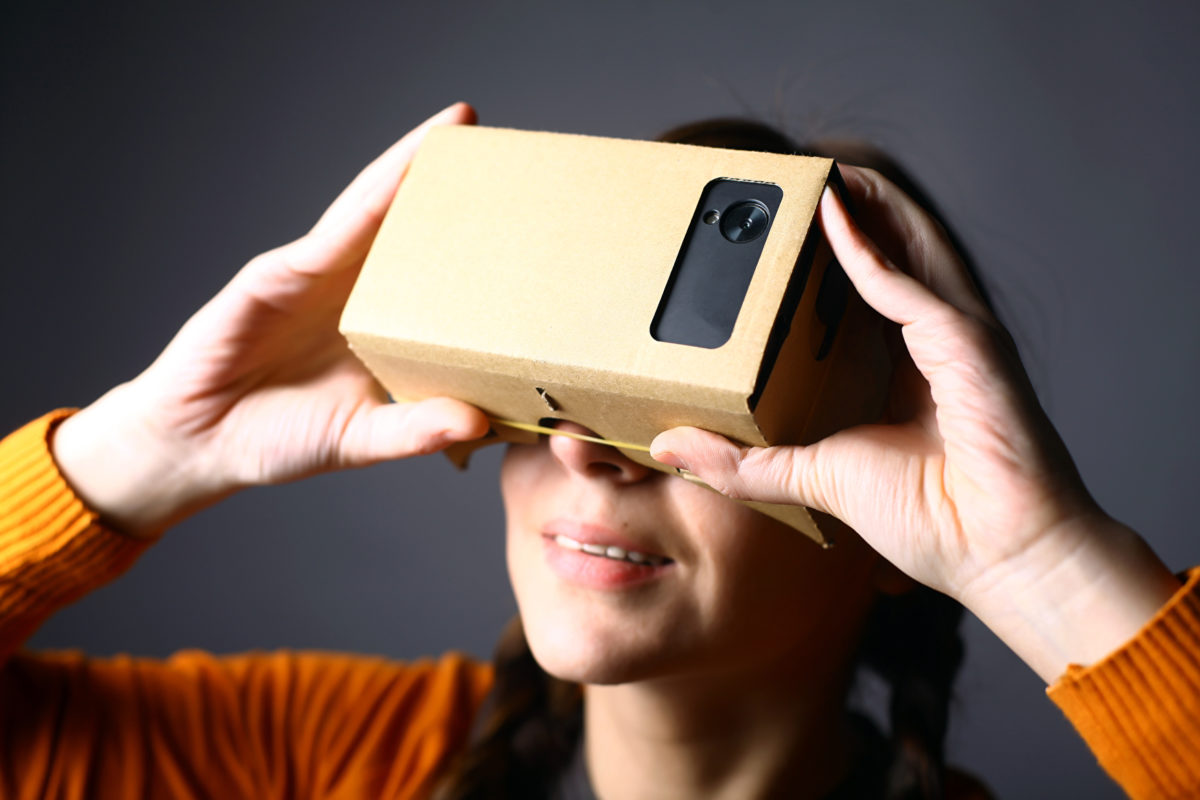 Mobile mixed reality market to grow 450% over next 5 years 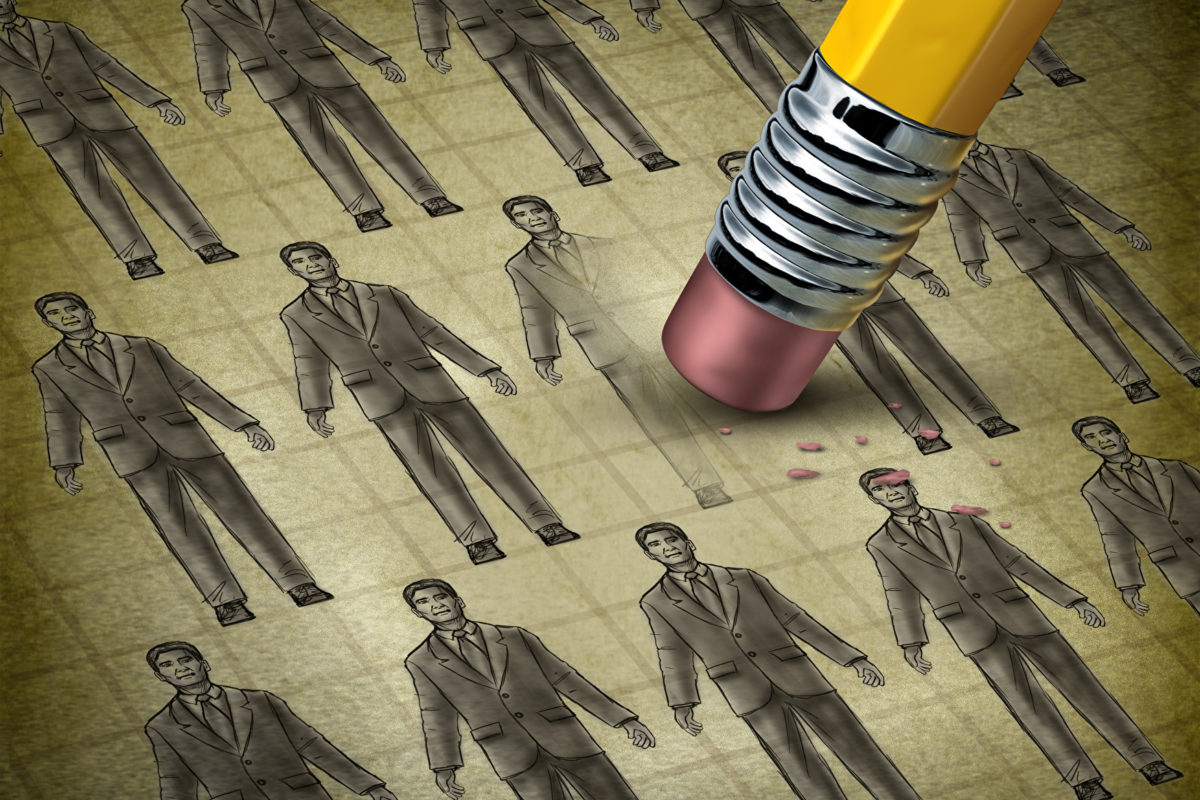 U.S. employers expect growth of AI in the workplace … 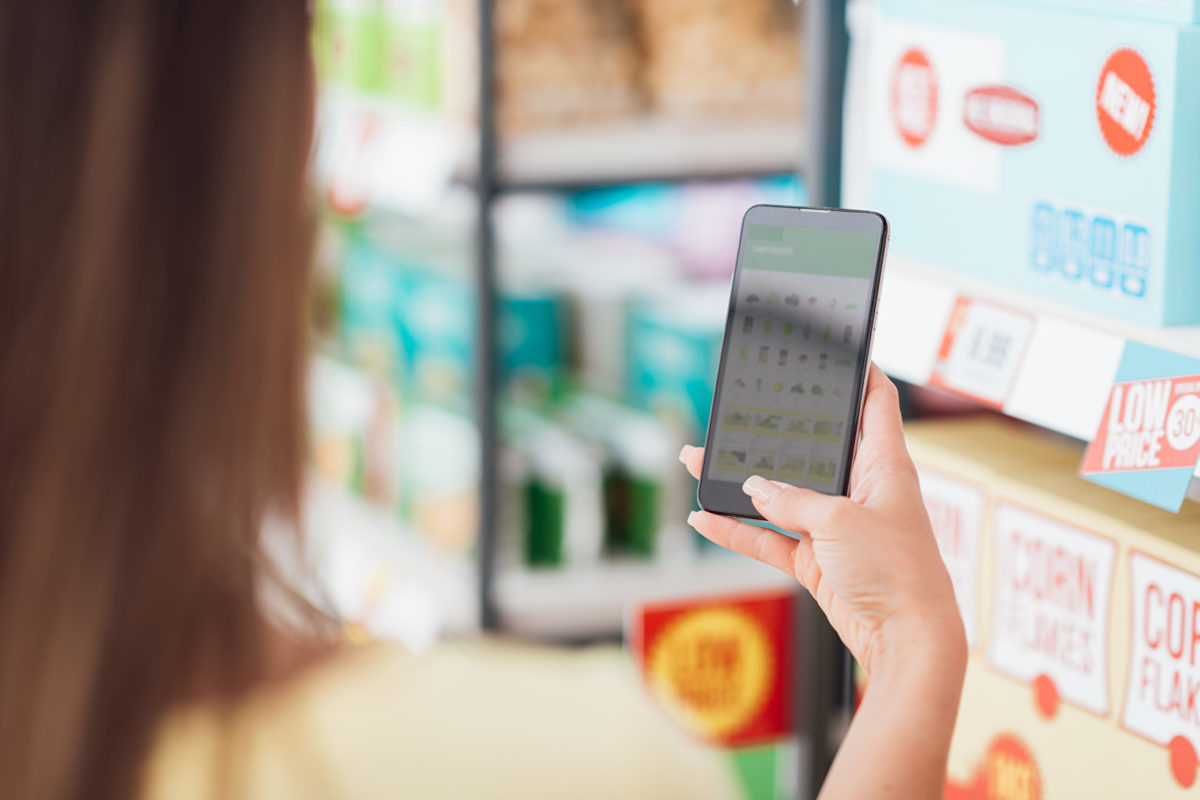 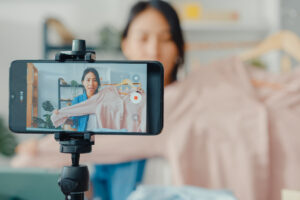 Teleshopping is So Yesterday. Say Hello to Live Streaming! 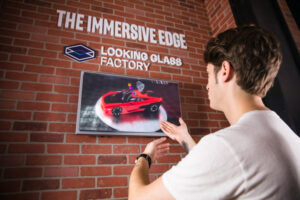 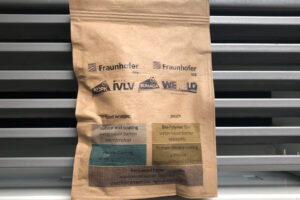 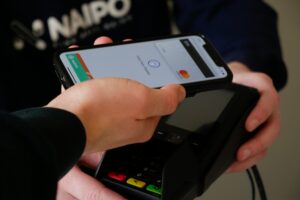 “Mobile apps are the dominant force in digital commerce” 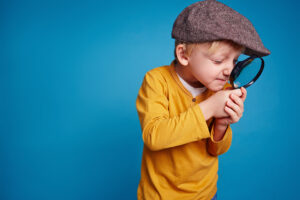 The science of picky shoppers